skip to main | skip to sidebar

There's a heated debate going on in the science education corner of the blogosphere this week over how best to convey scientific knowledge to non-scientists. Matthew Nisbet (a communications prof) and Chris Mooney (a science writer and author of two excellent books on the intersection between science, politics and the media) wrote an article for this week's Science entitled "Science and Society: Framing Science" (you can access the article here ).

They start out with a good point: despite the near-universal acceptance of the existence of phenomena such as global warming and evolution amongst scientists, most Americans - even many college-educated Americans - doubt the veracity of these reports, with viewpoints strongly associated with individual politics. They cite polls showing that while 75% of Democrats agree that global warming is attributable to human activities, only 23% of Republicans accept what is - according to the latest IPCC report - widely considered to be nearly as close to "fact" as is possible to say in science (~97% odds). Similarly, only 27% of Republicans and 42% of Democrats or Independents believe in evolution according to a 2005 Harris poll (I've heard as low as 23% belief across the board in other studies - the lowest level of all developed nations), and a full 45% (!!!) believe that humanity was created by God less than 10,000 years ago (last numbers from this webpage). I read recently (sorry, can't find the citation) that the average American has approximately an 8th-grade level of scientific knowledge (if that). There's no doubt that scientists need to find better and more effective ways to communicate scientific knowledge to the general public, both in school and to adults via the media.

However, there's a hearty debate over how best to go about this. Although in actuality the debate is quite complex, it seems to boil down to this: do we teach science and the scientific method in all it's intricate (though - to many people - boring) details, or do we find a way to "re-frame" science in a way to make it more accessible to non-scientists. Nesbitt and Mooney argue for the latter, going so far as to say: "In short, as unnatural as it might feel, in many cases, scientists should strategically avoid emphasizing the technical details of science when trying to defend it". They stress that rather than emphasizing data - and actually educating people about the scientific method, processes, etc. - we should find ways to "package" information in ways that are "relevant" to people's lives (i.e., speak to the pocketbook).

In the other corner, you have scientists such as P.Z. Myers - a highly-renowned evolutionary scientist and blogger at Pharyngula, and - gasp! - an atheist. He argues, in essence, that we should not "dumb down" science, nor should we have to find a way to repackage and make excuses for evolutionary theory so as not to offend biblical literalists.

Think scientists are just dull, mellow, soft-spoken people locked up in their labs? You should see the jabs going around the blogosphere right now!

Anyway, as for me - well, I'm still waffling. The idealist in me says that we need to improve science education right from the beginning - back in elementary and junior high school. Teach kids the "hows" and the "whys" and find a way to keep it interesting. I don't think we should just toss out the "meat" of science to come up with fluff that will fit within the 30-second soundbite format of modern news. I believe we need to increase scientific knowledge as a whole, so that people can understand the difference between a "theory" and a "hypothesis", can understand why scientists are so reluctant to say something is "absolutely true", and can understand the method behind the results. This is supported by some recent studies (e.g., this paper, which found that in the US - unlike in other developed nations - level of scientific knowledge was the primary factor influencing variation in attitudes towards science.

But yet, I'm aware that many (most?) non-scientists just tune-out discussion of what they consider "boring" details - in this fast-paced information world, they just want the bottom-line. And I think there's a place for the Bill Nye's and the Mythbusters, who make science fun and thus more accessible. We certainly need to improve our skills at writing and speaking to the lay public. But I would caution against going for the soundbite, and softening down your results, at the expense of further diminishing public understanding of science. There has to be a happy medium in there somewhere...
Posted by Nicole Michel at 1:08 PM

Thought-provoking discussion - thanks for the links! I posted on my blog more about this, but I think it's difficult to teach a science-oriented viewpoint on topics when people are so intent on having final, definite answers rather than tentative ones subject to change.

But, as you point out, there are other places in the world with much higher levels of scientific literacy than the U.S. and there are definitely steps that can be taken to better educate people about how science works. Although, this can backfire too - it seems a common tactic that creationists use in response to any attempt to shift the dialogue in a more technical direction is to claim something to the effect of "the evolutionists think they're smarter than us...but it doesn't take a genius to know you didn't come from a rock!" or "that's their way of telling you you're dumb", etc ad nauseaum. 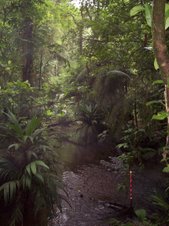 Why have most members of this guild declined or disappeared? 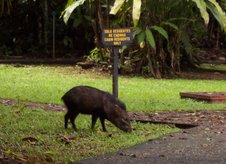 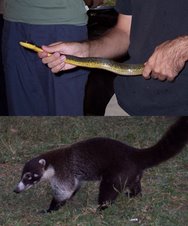 ... or are the nest predators responsible?